As you may have heard,  there has already been the first fatality cause by an autonomous or “driverless”  car. It was inevitable, but somewhat shocking that it happened so soon. A woman crossing a street in Tempe, Arizona was struck and killed by an autonomous vehicle. It marks the first fatality of this kind. This technology has been touted as a way to reduce vehicle crashes and save lives. Now it is being investigated by regulators and is receiving a huge backlash from consumer-safety advocates.

Companies have been investing billions of dollars to develop autonomous vehicles. The initial road tests that have been conducted showed positive results. However we are seeing as more tests are done, the likelihood for a fatal crash shows an increase.

According to the official investigation, the vehicle was driving the speed limit, around 40 mph, when it struck the pedestrian. The computer data appears to show the vehicle did not detect the pedestrian at all, and made no corrections to its speed or trajectory.

The official investigation also revealed the pedestrian was walking outside of the crosswalk when she was struck.

Arizona state law requires that pedestrians yield the right-of-way to vehicles when not using crosswalks.

Arizona also has very few restrictions for operating autonomous vehicles. It has been a hotbed for companies testing their technology.

Currently Uber has stopped operating their autonomous vehicles in it’s test markets and is said to be cooperating with the National Transportation Safety Board and the National Highway Traffic Safety Administration’s investigative teams.

So far, it’s unclear what kind of impact the Uber incident will have on the other companies developing this technology. Will this slow the rapid progress we have been seeing?

Companies such as Waymo and Lyft, say they intend to continue and move forward with their initial plans for autonomous vehicles.

Autonomous vehicles are supposed to eliminate human error because their sensors are always on and they never get tired, distracted, or intoxicated. But how safe is it to test autonomous vehicles on the roads with others that are unaware of them and have not given consent to be involved in any testing environment?

Shouldn’t this autonomous technology be able to detect if a pedestrian is in the vicinity of the vehicle, where ever they are? What is the point of having a person monitoring screens and gauges if they are not able to take control of the vehicle in the event of an emergency? Who is ultimately at fault for this incident, the car, the driver or the pedestrian walking in the street?

This was the first crash. There will certainly be more to come. 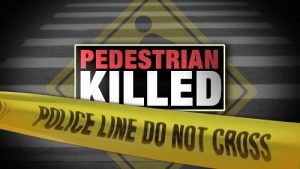 The car accident lawyers at Simpson Law Group join with other firms nationwide to continually improve the quality of life while promoting safety.We are available seven days a week to receive your suggestions or questions.For direct contact to a lawyer, please call 619-971-3040 for Jayme,or 619-540-6070 for Sean.