Who Is Responsible When An Autonomous Car Crashes?
Autonomous vehicles will soon be a common sight among our roadways. They seem to be popping up everywhere. Have you noticed?

Who Is Responsible When An Autonomous Car Crashes?

It’s coming. Autonomous vehicles will soon be a common sight among our roadways.

Autonomous cars carry the potential to dramatically decrease crashes on the road.

They will be programmed not to speed or run lights or commit other common traffic offenses.

However, while autonomous cars share the road with standard ones, crashes are bound to happen.
Autonomous cars will have to interact with drivers, bicyclists and pedestrians.

Which raises the question: 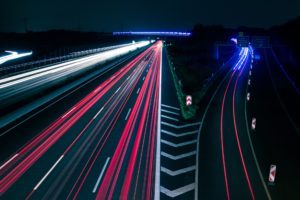 Who’s responsible if an autonomous car is involved in or causes a crash?

The car owner? The company that built it? The software developer?
Currently these questions are hotly debated between car accident lawyers and insurance carriers.

Court rulings and legislature will ultimately decide the answers.

States have generally been responsible for establishing liability and insurance rules. According to last years release of the U.S. Transportation Department’s guidance on autonomous cars, indeed the onus is on individual states.

“States should consider how to allocate liability among [autonomous vehicle] owners, operators, passengers, manufacturers and others when a crash occurs,” the U.S. Department of Transportation says.

For most states there is no clear answer at the moment.

The belief is that there will be a shift in blame for a crash from the at-fault driver to the automotive industry and the conglomerate of manufacturers and software developers who design and update car computers.

Car manufacturers such as Volvo have even acknowledged that they expect liability will shift from the driver to the manufacturer. As the shift in liability continues, it will be interesting to see if, and how, a shift in litigating these matters might follow. Some key questions in litigation will be whether a human driver or a comparable automated system would have performed better than the automated system in question? Could a reasonable change in a vehicle’s automated system have prevented the crash? Can you still be cited for a DUI? Will autonomous cars be specially marked, or get special license plates?

The challenge will be to take existing law and use it to determine if a self-operating system is at fault. Which could be done on a case-by-case basis or it could require changes to the law.

To cover the cost of potential liability claims, automakers will most likely factor that risk into a system’s initial sticker price.

Public officials and autonomous-car advocates point out that 94 percent of crashes are attributed to human error.
Implying that removing the human driver from behind the wheel might eliminate most crashes.

But nobody thinks collisions will become a thing of the past. There are too many variables for any computer or human driver to deal with on the roads. 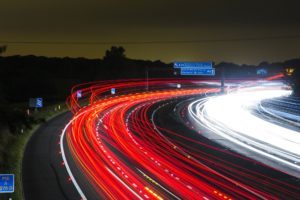